Gear: He only uses this gear in times of great need. 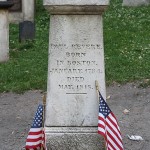 Known Affiliations: Sons of Liberty, the Avengers, the Defenders.
Occupation: Antique Restoration
Quotes: “By the Constitution!”, “If only Ben was here…” and “George would roll in his grave!” (referring to Washington)

The Patriot, also known to some as American Hero X, was presumably baptized in January 1, 1735 in Boston’s North End under the name Paul Revere. He was an American silversmith and a patriot in the American Revolution. He was celebrated after his “death”: for his role as messenger in the battles of Lexington and Concord. Revere “died” on May 10, 1818, at the age of 83, at his home on Charter Street in Boston. He is “buried “in the Old Granary Burying Ground on Tremont Street. After his “burial”, Paul has changed his last name a few times always with the letter R. Today he is known simply as Paul R. He has fought in all of the wars America has taken part of. Since WW1 he has used the alias of “The Patriot”. His official military code name is American Hero X. 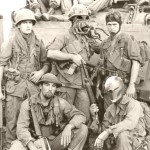 During the Vietnam War he was part of an elite secret meta human team called Project Perses. In his long life, he has gained many enemies, one of them is Dr. Axiom, who had also been a member of that team.