The Shi’ar are an extraterrestrial semi-humanoid race who have established a galaxy-wide empire in the so-called Shi’ar Galaxy and have had dealing with humans from Earth. The Shi’ar originated on a planet they call Aerie (English translation) and their civilization predates Earth humans’ recorded history. Shi’ar has both avian and mammalian characteristics: for example, although Shi’ar are outwardly humanoid and mammalian in form, they have feathers instead of hair. At an earlier point in their evolution, the Shi’ar had fully developed wings attached to their arms, enabling them to fly (The current Shi’ar Empress, Deathbird, is an evolutionary throwback who possesses these functional wings). Shi’ar females have mammary glands and are viviparous. Shi’ar are physically stronger than Earth humans: the average Shi’ar can lift (press) about 1 ton. Shi’ar also had twenty times the endurance of an Earth human (this difference is comparable to that between an Earth bird and an Earth human). Apparently the Aerie’s environmental conditions are similar to those of Earth, since Shi’ar can exist on Earth without artificial aids.

Since no Earth human except for Major Christopher Summers has ever piloted a spacecraft to the Shi’ar Galaxy, its exact location remains unknown. It is, however, believed to exist within the area of space containing the galaxy known on Earth as M-31 (Andromeda Galaxy). The Shi’ar now control all known inhabited worlds within their galaxy. Their principal rivals for control of the galaxy were the Mephitisoids who are now fully under Shi’ar domination. The Shi’are Empire is relatively young compared to those of the Kree and Skrulls, for the Shi’ar achieved control of their entire galaxy comparatively recently, and their empire is still in its main expansionist stage. Deathbird and the large Shi’ar military complex are both in favor of expanding Shi’ar rule into other galaxies, although during her short reign Lilandra Neramani proved to be a moderating influence on such ambitions. The recent changes in the possession of the Shi’ar throne, however, as well as the process of adjusting to governing a galaxy-wide empire have kept the Shi’ar too occupied with internal affairs to pursue further conquests.

The Kree, Shi’ar, and Skrull Empires are three major interstellar empires in the known universe. The Shi’ar have diplomatic relations with both the Kree and Skrulls, and due to the great distance between galaxies and the age-old hatred between Kree and Skrulls, have managed to avoid wars with them.

Adult Shi’ar typically range from between 5 to 8 feet tall. They are bilaterally symmetric, with two legs and arms terminating with feet and hands respectively. Shi’ar hands have four independently moving fingers with opposable thumbs. Shi’ar has heads with two forward facing eyes, giving them precise stereoscopic vision. Shi’ar typically is covered in short tufts of feathers over some parts of their bodies but exhibit thicker tufts of feathers on their elbows and on top of their heads. The average Shi’ar can also lift approximately 1 ton, are slightly denser giving them enhanced durability, and endurance.

The Shi’ar are humanoids of avian descent; they resemble humans with feathered crests atop their heads in lieu of hair. Two different styles are common: most Shi’ar, particularly those of the aristocracy, have feathers sprouting in a triangular shape away from the face, one peak on the top of the head and one peak on each side slightly over the shoulder; the other commonly seen “hairstyle” is bushy on both sides and very flat on the top.

Internally, they have light hollow bones, and on their forearms there are still some vestigial feathers left of wings that were lost over millions of years of evolution. The average Shi’ar can lift 1 ton in Earth-like gravity and has far greater stamina. Most Shi’ar have no other special abilities, though some are genetic throwbacks. These individuals possess wings which allow them to fly.

The Shi’ar conceive their offspring in eggs. They are nurtured in special chambers and the children are referred to as hatchlings. 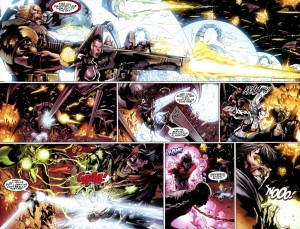 The Shi’ar also possess technologies fairly unique to them, including: 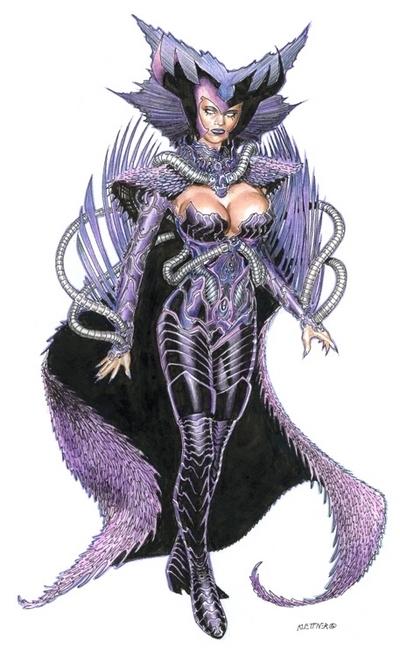