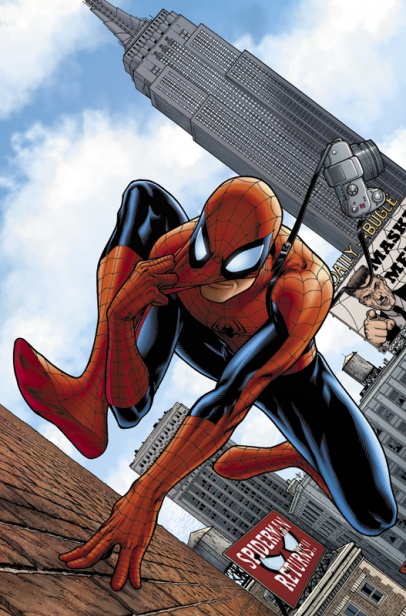 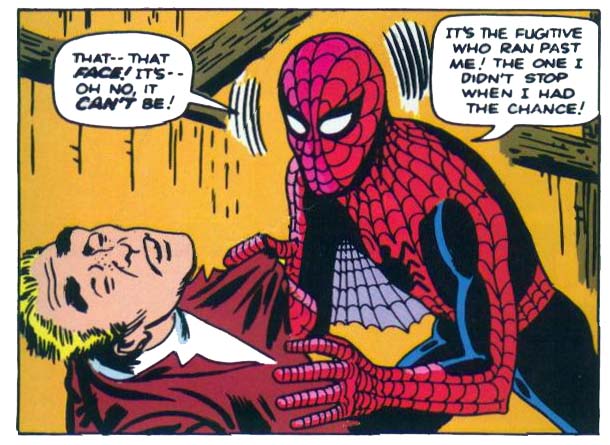 Orphaned as a baby when his parents were killed overseas in a plane crash as U.S. government spies, only child Peter Parker was raised by his elderly Uncle Ben and Aunt May. Academically gifted, Peter displayed an uncanny affinity for science that was nothing short of genius. Socially, however, he was painfully shy and the target of much cruelty by his peers at Midtown High School. Attending a public science exhibit when Peter was 15-years old, he was bitten on the hand by a radioactive spider accidentally irradiated by a particle beam, empowering Peter with the arachnid’s proportional strength and agility, and the ability to cling to almost any surface.

Most incredibly, he had gained a sixth sense that provided him with early warning of impending danger. Disguised, Peter tested his new-found abilities defeating professional wrestler Crusher Hogan in the ring, and earning some cash. Using his scientific prowess, he constructed a pair of artificial web-shooters that attached to his wrists. With an agent, a costume, and a new name, Spider-Man became an overnight sensation on television. Unconcerned with the rest of the world, he vowed to use his powers only to take care of himself and his aunt and uncle. After his first TV special ended, he allowed a burglar that he could have easily restrained to run past him and escape. A few days later, Peter returned home to find his beloved Uncle Ben had been shot and killed. When Spider-Man confronted the killer hiding in the old Acme Warehouse at the waterfront, he discovered to his horror that his uncle’s murderer was the burglar he apathetically allowed to pass. Consumed with guilt, he became aware at last that with great power comes great responsibility, just as his beloved uncle had once said.