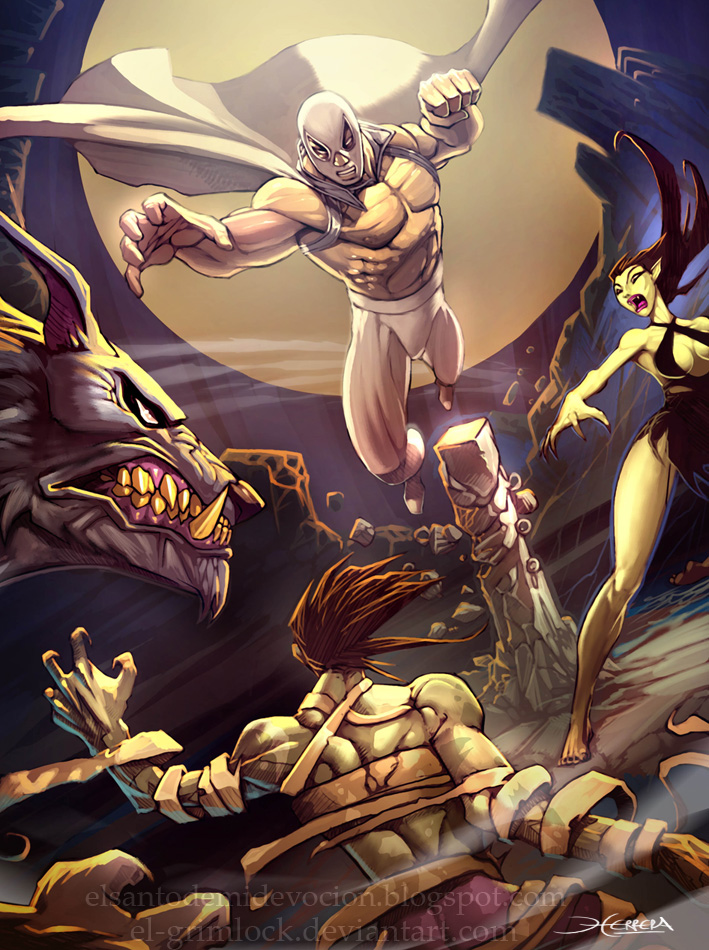 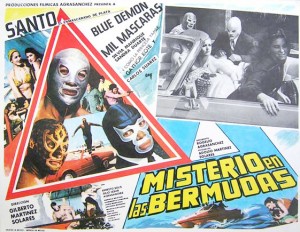 Base of operations: Mexico

Santo is a legendary wrestler who, when he is not on the ring, battles the forces of darkness. The mantle of the Silver Mask is passed down from father to son across the generations, a legacy of noble warriors dedicated to protecting the innocent and freeing the oppressed.

Born in Tulancingo in the Mexican state of Hidalgo, to Jesús Guzmán Campuzano and Josefina Huerta (Márquez) de Guzmán as the fifth of seven children, Rodolfo came to Mexico City in the 1920s, where his family settled in the Tepito neighborhood. He practiced baseball and American football, and then became interested in wrestling. He first learned Ju-Jitsu, then classical wrestling.

Accounts vary as to exactly when and where he first wrestled competitively, either in Arena Peralvillo Cozumel on 28 June 1934, or Deportivo Islas in the Guerrero colony of Mexico City in 1935, but by the second half of the 1930s, he was established as a wrestler, using the names Rudy Guzmán, El Hombre Rojo (the Red Man), El Demonio Negro (The Black Demon) and El Murcielago II (The Bat II). The last name was a rip-off of the name of a famous wrestler Jesus Velazquez named “El Murcielago” (The Bat), and after an appeal by the Bat to the Mexican boxing and wrestling commission, the regulatory body ruled that Guzmán could not use the name.

In the early 1940s, Guzmán married María de los Ángeles Rodríguez Montaño (Maruca), a union that would produce 10 children; their names were Alejandro, María de los Ángeles, Héctor Rodolfo, Blanca Lilia, Víctor Manuel, Miguel Ángel, Silvia Yolanda, María de Lourdes, Mercedes, and the youngest child Jorge, who also became a famous wrestler in his own right, El Hijo del Santo (Son of Santo).[3] In 1942, Rodolfo’s manager, Don Jesús Lomelí, was putting together a new team of wrestlers, all dressed in silver, and wanted Rodolfo to be a part of it. He suggested three names, El Santo (The Saint), El Diablo (The Devil), or El Angel (The Angel), and Rodolfo chose the first one. On 26 June, aged 24, he wrestled at the Arena Mexico for the first time as El Santo, although he later was known simply as “Santo”. Under this new name he quickly found his style.